I tend to surround myself with people who love food as much as I do, and when one of my foodie friends makes a recommendation, I listen. I was told that I absolutely had to make it a priority to visit Creole Kitchen in Old Town East.

Let me start by saying it’s very hard to find. I was sitting in the parking lot of the shopping center it is in and couldn’t find it. The sign isn’t visible from the street. But pull into the Mount Vernon Plaza shopping center at 20th and Mt. Vernon, park, and it’s on the end of the building.

This is a takeout joint only – Chef Butcher did, at one time, have an 8-seat chef’s table in the kitchen, but has recently removed it because he needs the additional prep space. About Chef Henry Butcher – super friendly, engaging, extremely charming, and obviously knows his stuff. Louisiana born and raised, his Creole and Cajun cooking has been fine tuned to near-perfection in his 30 years in the business. He opened up his own restaurant, a lifelong dream, 2 years ago. Joining him in the kitchen is his son, Henry, Jr., who was the one who actually cooked my dishes. The kitchen is right there in front of you, so you can watch your food being made as you wait.

Since it was our first visit there, we ordered a variety of dishes to try. Prices are so very reasonable, that we got all of what you’re about to see below for under $40, including tip.

First up is the Muffaletta ($5.00), Louisiana’s answer to a Cuban sandwich. Served on a hoagie bun, the layer of lightly sauteed capicola and salami allows the provolone and mozzarella cheese to melt just a little bit, and then it is all topped with a tasty olive salad and vinaigrette. I’m not a big olive fan, so I wasn’t sure if I’d like it, but it turned out to be one of the most enjoyable sandwiches I’ve had recently, olives and all. The sandwich is served with a side of home made herb potato chips, which pair perfectly. 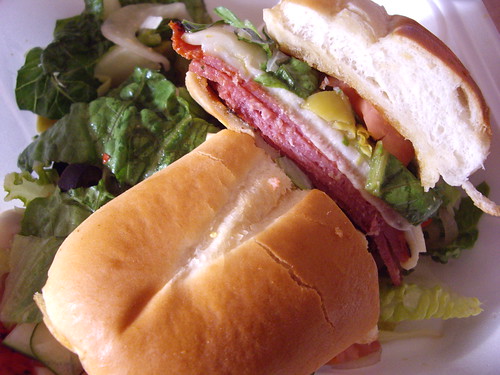 My favorite of the bunch was the Crawfish Etouffee ($8.95), which comes with two sides. I chose the Dirty Rice, which was very moist and redolent with chicken liver/gizzardy goodness, and a really fabulous macaroni and cheese, easily one of the best recipes in the city. The etouffee was rich and spicy, without turning up the heat level to a point that oblitertes the subtlety of the dish. Hands down, this is an item that I’d get every time I go in. 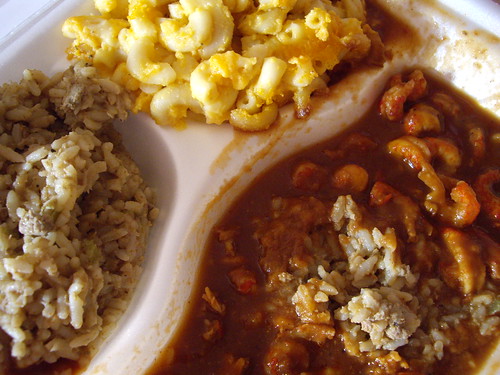 My husband really liked the Creole Fettuccine ($5.95), a creamy dish which gets its heat in part from the andouille and tasso ham in it. While I thought it was credible but a bit too spicy, my husband declared it just right. It also comes with a hunk of buttery toasted bread. At that price, though, it’s a dinner value if you’re craving pasta. 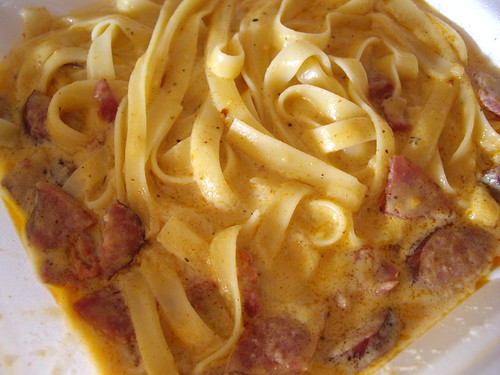 Also delicious was the Blackened Catfish ($7.95), which was pan fried to perfection and also came with two sides – my husband chose the vegetable of the day, really buttery green beans, along with red beans and rice. Both the sides were good, but didn’t really stand out. 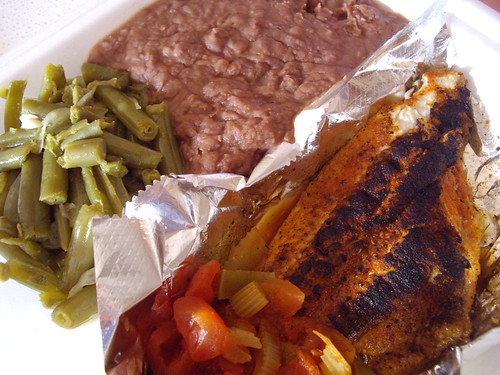 An area in which they really excel is desserts. The Pound Cake ($2) was dense and buttery. 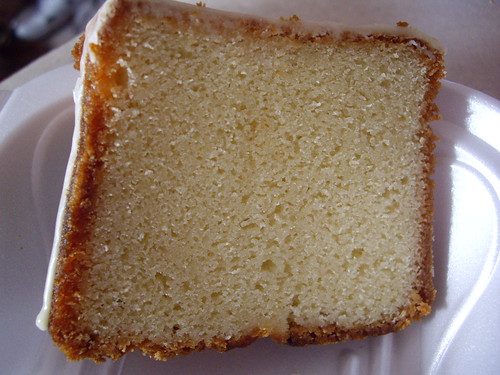 And the Sweet Potato Pie ($2) was fragrant, but not overpowered by spices as most sweet potato pie is prone to. 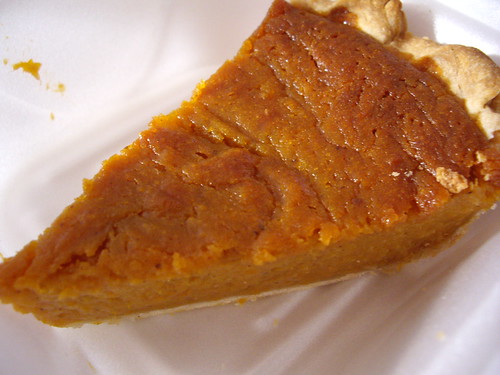 By the way, even though it’s not listed on their website, it came to my attention that they serve breakfast every morning that they’re open until 10:30am. Given the breakfast choices they had listed on their menuboard, it seems a morning visit is in order. 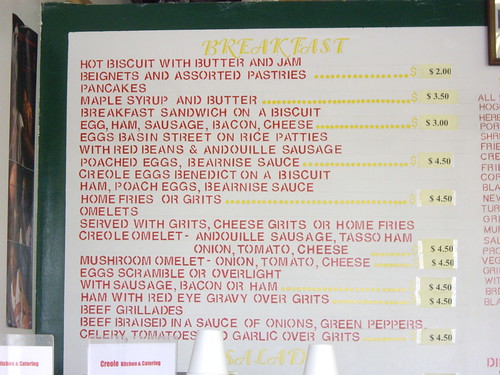 All in all, this little hidden gem in not one of the best areas of town is well worth the trip. I’m looking forward to exploring what other hidden gems this part of town has to offer.